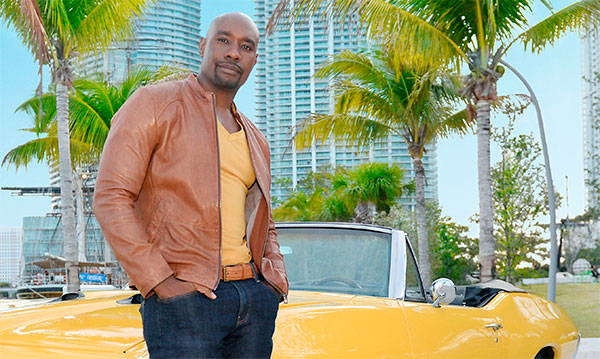 Morris Chestnut is the star of the new FOX series “Rosewood”. The Miami based crime series follows the fast and furious life of Miami's best pathologists, Beaumont Rosewood Jr. and his sexually tense relationship between himself and the compelling and complex ex New York City detective, Annalise Villa played by actress Janina Lee-Ortiz. The series also stars veteran actress Lorraine Tucson who plays Donna Rosewood, the highly respected college professor and mother to Beaumont Rosewood, affectionately known as “Rosie”. Former “The Game” co-star Gabrielle Dennis also has break out role in the series where she plays Rosie’s beloved lesbian sister “Pippy”. Rosie and detective Villa stop at nothing to solve crime in the seductive city of Miami and each day meets them with a new challenge that almost always showcases Rosie’s extraordinary gift as the city’s leading pathologist. The complicated yet perfectly aligned relationship between Rosie and Villa showcases a mutual respect between the pair , that highlight their witty banter and tremendous attraction, keeping viewers wondering if the two will end up in each hooking up by the end of the season.

Chestnut’s character Rosie likes to live life to the fullest and is a man who has "A way with the ladies" . When asked; “Can you give us any insight as to what’s going to happen with your character’s love life? Yea, I do have a love interest that is going to be in episode 2 that is played by Nicole Ari Parker and she’s gonna be part of a love triangle”. Who was the 3rd member of this love triangle? Chestnut confirmed, “The 3rd part of the love triangle will be detective Villa”, allowing fans to drool with anticipation for the potential of love scenes to come.

We askedthe star how he felt the role of Beaumont Rosewood would impact the African American community, he said

“one thing I love about this role, I love all the traits that he poses, he is very smart, he is witty, he is fun, he is empathetic, he is respectful towards women and still has his mother in his life. Those types of things I think are great images for people of all ages to see but especially for young black men”. The new series "Rosewood" will continue to push Chestnut’s star power to a larger sphere and and allow him to reach a broader audience that will be sure to fall in love with the hot and sexy pathologist that is Beaumont Rosewood.

For more info on the show and its entire cast be sure to visit http://www.fox.com/rosewood.