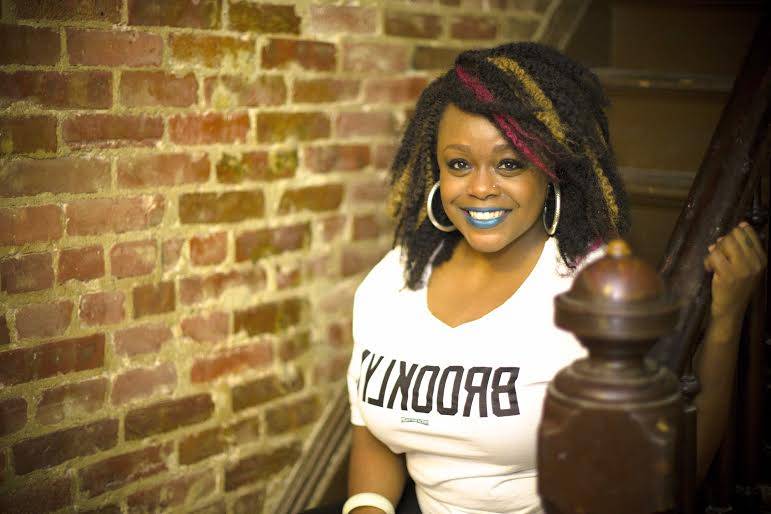 What do you get when a beautifully brown girl born in the projects of Brooklyn grows up listening to soul greats like Al Green mashed up with hip hop legends, Wu-Tang Clan? What do you get when these elements are impressing a young, very balanced Libra girl that began writing poetry at the age of nine years old? Ladies and gentleman you are blessed with the soul gift named Mela Machinko. A pirouetting, preening peacock in the midst of a bird sanctuary where almost every pheasant sings the same melody. In the vast sea of black music noise where new music hits the airwaves and internet at warp speed, it can be extremely hard to navigate the waters to the safe harbor meant for your ears. Mela Machinko is a soul lighthouse on solid ground in the midst of this storm.

Mela Machinko, an amazing songwriter with a niche that is truly missing in contemporary soul music, yet inexplicably needed for those of us longing for real soul, from real people. Mela has an ability to wield her pen directly into your hard-working woman, struggling, but love-filled soul like Minnie, Aretha and Phyllis.   Once you press play to listen to such standout gems as “Employment” to the second that you listen to her funk-dipped anthem “Get That Cash and Run”, you realize that your ears have been abused. You have been fooled into thinking that the musical curtains do not have to match the drapes. You cannot be beautiful and hurt at the same time. Mela’s music is as stunning as her looks, yet as jarring as her soul. She will convey this soul to any and everyone that dare defy it. A true diva in a world where that term is used loosely and squandered on lesser subjects. “Soul”Commoners.

You do not have to take my word for it, you can take the words of other amazing artists that have called upon her soul expertise for collaborations and musical kinships. Some of those names you may already know, such as: Black Thought, Pharoahe Monch, Jean Grae, Talib Kweli, super-producer Just Blaze… I could go on but the list is long. Her pen game is so strong that the one and only Jill Scott graciously sang the Mela penned hook for Pharoahe Monch’s phenomenal “Still Standing” off of his 2011, critically acclaimed W.A.R. album. All one has to do is follow Mela Machinko on Twitter (@MeLaMachinko) and look at the amount of superstars that are totally in love with her persona and her no-holds barred approach to life and the creation of art.
Mela expressed that her stunningly amazing EP ‘9 a.m. Blues’ came about after going through some depressive moments and complaining about life to her ‘9 a.m. Blues” producer, the legendary Mr. Len.   After lending an objective ear, he suggested that she put all of those feelings onto paper and commit to tape. This kick in the proverbial pants would result in this phenomenal EP released in December of 2014. Mela Machinko and Mr. Len recorded the entire project in a record nine days. Mela would pick beats and write songs at night, while sleeping on an air mattress, record during the day and mix the music at night. In the morning the process would start all over again.

Mela Machinko is an artist to not only look and listen for, but a soul queen whose music will reach deep into your innermost feelings and yank your soul out with truth, honesty, raw emotion and most importantly love. She is currently prepping her new project for release, so keep your eyes and ears peeled for what I am known to call #RecordingExcellence.
In the meantime, get brushed up on @Melamachinko via these links.