EXCLUSIVE INTERVIEW WITH THE REAL HOUSEWIVES OF POTOMAC 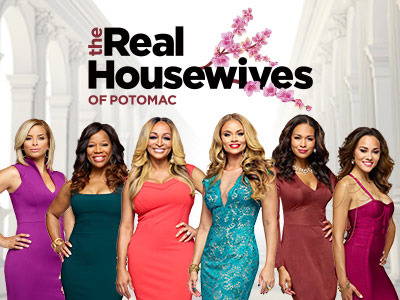 The Real Housewives of Potomac debuted on Bravo on January 17th, 2016, to hopeful reviews and a refreshingly refined new energy for the Real Housewives franchise. The cast of 6 highbrow housewives all bring a different air to the table and are making a name for themselves in the ultra-exclusive community of Potomac, Maryland. Although the gated communities in which these ladies live are in a drama free zone, the cast hasn’t quite figured how to keep the drama out of their circle of friendship. Thus far, their first season is filled with catty etiquette obsessed exchanges and salacious revelations about finances, marriages and racial identity. Although the ladies disagree and bicker, they are keeping a handle on the heated physical confrontations that other casts have participated in, to a minimum. Being all-black female cast of women, they have grown use to the comparison of their sister cast from Atlanta, although they’d like to make it clear that they are carving out their own lane as housewives.

By being the new kids on the block so to speak, there always comes some sensitivity to hearing the thoughts and reactions of the other cast mates, but according to Ashley Darby the youngest cast member, she feels as though the friendships are “organic” although they go through their fair share of bumps, she in particular is still getting to know all the ladies on a more personal level and is happy about how their friendships have progressed over time. Even though Ashley is one of the new comers to the group, 4 out of the 6 ladies have had extended friendships with each other prior to starting the show. One difference that the women maintain is that their foundations as friends has been long standing, so there is a mutual respect for each other, which allows them to maintain the friendships even in spite of the occasional bad blood. 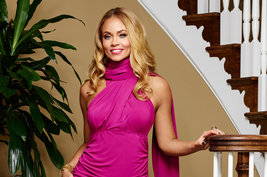 According to one of the series break out stars, Gizelle Bryant- “These are people I consider my friends, do I agree with everything that they think and they feel? No, but I respect who they are and I love hanging around them and you’ll see that we really have a good time when we are together”.

While cast member Charrisse Jackson-Jordan, recognizes that her dismissive reactions to conflict isn’t always the best way to handle situations and the show has exposed, what she feels is a personal weakness that perhaps she didn’t recognize before. However, at the end of the day she proclaims “I am who I am”. 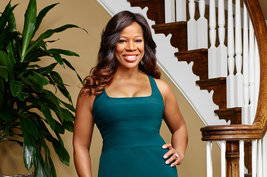 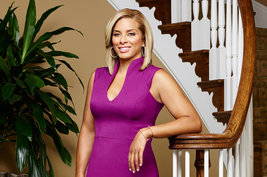 Robyn Dixon, one of the more low-key cast members deals with conflict by “not taking things too personally- "I like to look at people as human beings and recognizing that no one is perfect, I like to address it by being direct”. With the world wind that is being on one of the most popular reality shows brands, most of these ladies seem to be un-phased by their new notoriety and are all open to the new opportunities and platform that they have been provided by being on the show.

The future of RHOP is still untold, but we will have to stay tuned to see how their stories unfold. The show airs Sunday nights at 9pm on Bravo and Bravo’s own Any Cohen, who is the executive producer of the show, asserts "'The Real Housewives of Potomac' is the show you never saw coming, and it's going to take everyone by surprise,".

For more info on the Real Housewives of Potomac, please visit here.